My dad sucks at saving.  It doesn't matter what it is.  If he has it, he's gonna use it.  Money.  Food.  "Natural glaucoma preventative items."  I didn't understand what my Mom meant when she would say stuff like, "Don't buy too much pork at one time.  Goodie will eat it all up in a day."  I was like, "what?!  Who the hell would do that?"   I thought she was being sarcastic.   She wasn't.  And just like I'm like my father, I'm also a lot like my mother.  And watching my dad "eat up all the pork in a day" is annoying.  Very annoying.

My dad likes to enjoy his "medicine" while sitting in my parked car outside.  He'll go out and spend hours in my car.  Just thinking.  I asked him today what he thinks about when he's outside.  He said, "I just be thinking.  About a whole lot of shit.  From when, you know, I was young up 'til now..."

He takes a beat and then continues.

He trails off and stops talking.  Still reminiscing about shit I'll never really know.  But it got me to thinking.  As much as I think my father is the shit (hell, I've dedicated a whole blog just to say it over and over) it doesn't matter if he doesn't think the same thing.  My father lacks self-confidence.  And I hate that about him.

But I'm realizing he's been like this his whole life.  He is very much of the old school ilk of, "I'm just lucky to be here."  And with recent events like what happened in our hometown of St. Louis, I feel what he's saying.  So, for him, every day is a day that he wasn't truly expecting to have.  It'd be like going to Vegas and playing with house money.   Sure!  Put it all on black.  It ain't my money anyway so might as well enjoy it.  And if I hit?   Well, run that bitch again!  "I'm just lucky to be here."   It's all unexpexted money.  They're all unexpexted days.  So when he eats a whole box of cookies in a day.  Or blows through a month's worth of "medicine" in 2 weeks, I look at him and I don't see someone who is consciously doing it because he wants to.  I see a young kid who feels like someone is going to come take his stuff away at any moment because he feels like he never deserved it in the first place.  I see a young boy who wanted amazing things out of life but never realized he had the means to get those things.  So they just forever remained "things."  So, what he wanted, he could never have.  And operating at that level, if anything ever good happened to him, in his mind, it was blind luck and somehow undeserved.   And he's just "lucky to be here."

And in that regard, I am not like my father.  If he was 50 years younger, I'd kick his ass.  Know why?  Because fuck that.  Twice.  Nobody is lucky.  I receive great out of life because I expect great out of life.  And I work my ass off.  Nobody does me a favor by acknowledging the great in me.  You're supposed to.   That's why you see me in the first place.  Nobody does you a solid by validating you.   Their validation shouldn't matter one way or the other.  Your self-validation is what's powerful.  Your self-worth is a currency that can only appreciate over time and an account you should deposit shit into regularly.  That's really all we have at the end of the day.  Our.  Self.  And you can't expect someone to love you or appreciate you or want more for you than you do for yourself.  That's not only foolish but selfish.  Don't tell me to do something that YOU won't even do first.  Nope.  I'll do it with you.  Not for you.

I try to tell my dad this but he doesn't get it.   And I wish he did.  Because he'd save a lot of time sitting out in that car.   And instead of reminiscing about how he, "coulda been a bad muthafucka." He'd realize he already is a bad muthafucka. 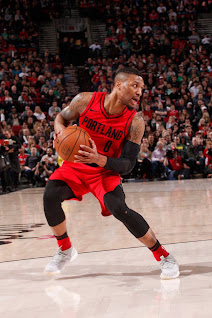 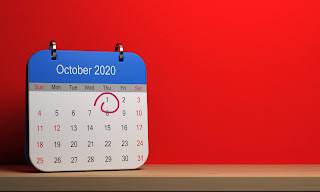